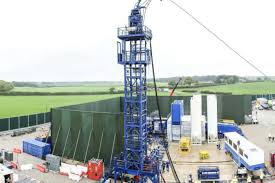 There’s a lot of fracking news this week. First of all BCCF are really disappointed that hydraulic fracking is going ahead this week in the UK, in Lancashire, for the first time in  seven years. https://www.bbc.co.uk/news/uk-england-lancashire-45825268

It seems terribly ironic that the Government is going all out for a new source of fossil fuel exploitation when we know that to have ANY chance of tackling climate chaos, we keep  80% of fossil fuels in the ground. There are also justified concerns of risk of earthquakes: https://www.independent.co.uk/environment/uk-fracking-earthquakes-cause-shale-gas-seismic-events-government-planning-a8363411.html

And risk of contamination to local water, from the USA: https://cfpub.epa.gov/ncea/hfstudy/recordisplay.cfm?deid=332990

On the good news side, Ireland has just banned fracking along with Germany and France. Wales and Scotland have imposed temporary bans.

You’ll probably have heard that three peaceful protestors -Simon Blevins, 26, Richard Roberts, 36, and Richard Loizou, 31 – who tried to delay Cuadrilla lorries by climbing on to them, were jailed for disproportionate and unprecedented sentences of 15 and 16 months, with a fourth man receiving a suspended sentence. This is why they took action: https://www.youtube.com/watch?v=i9Wxs88XdZI As they explain, protest is a safety valve for democracy when corporate power overrides local democracy. And they have helped to bring the dangers of fracking to public attention. Worth noting too that the UK’s onshore shale gas industry enjoys some of the most generous tax breaks in the world (30% granted by George Osborne).

The good news is that tomorrow, the Frack Free Four will be in the High Court for their appeal. We wish them our very best.

What can we do to support these peaceful protestors  and show our feelings about fracking in the UK?

And if there was any doubt about the need for urgency on tackling climate chaos, last week’s IPCC report was quite explicit about the crucial need to keep average global temperature rise to no more than 1.5 degrees increase above pre-industrial levels. http://www.ipcc.ch/report/sr15/